On March 12, 2020, the pandemic was beginning to pick up steam in the San Diego region and beyond. Health authorities had begun to shut down one sector after another.

“What can we do?” Bishop Robert McElroy asked the executive director of Catholic Charities, “Vino” Pajanor.

The agency mobilized, building on contacts its staff had already developed at parishes.

It launched the Emergency Food Distribution Network on April 6, just 18 days after Gov. Gavin Newsom ordered all but essential workers to stay at home to slow the virus.

The network was initially composed of 21 parishes in San Diego and Imperial counties that distributed food to low-income families and homebound individuals from parishes.

Volunteers handed out packages of non-perishable food items to people in their cars who drove-through. They also delivered them to the doorstep of those unable to leave their homes.

In the first week of the distribution, the parishes served a total of 2,500 households. The next week, they served about 5,000, with that number surging to 10,000 by the fourth week. 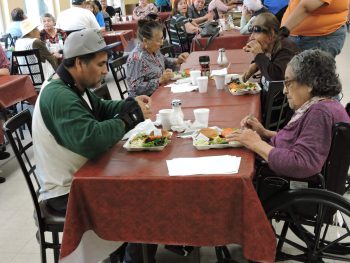 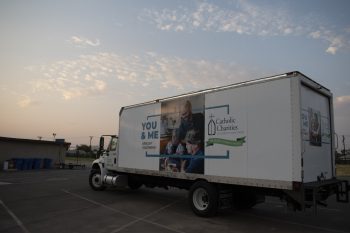 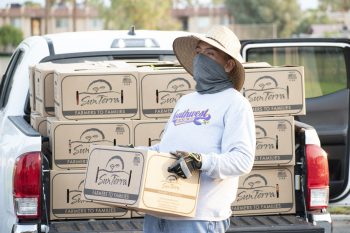 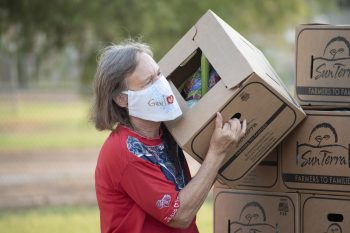 The director has a simple way to explain why Catholic Charities helps the most vulnerable in the community, whom he describes as “our neighbors.”

“It’s what we do,” Pajanor said. “It’s in our DNA.” It’s what the agency has been doing for a century, putting faith in action. In 1919, a branch office of the Catholic Welfare Bureau opened in downtown San Diego. That would be the beginning of a tradition of providing service to the region’s neediest residents — along with hope for a better life.

In the last two years, the agency has stepped up its work to meet the basic needs of residents of the region on two fronts, food and housing. They have done so by forging or strengthening relationships with parishes and other organizations and by seeking new grants and public funding, all the while continuing to work in a manner that is efficient and economically sound. The agency had initially planned for the Emergency Food Distribution Network to last a month, until the health crisis had eased and people could resume their lives.

But the conditions on the ground changed quickly and the agency had to adapt to continue to provide emergency food indefinitely.

For instance, the agency partnered with the City of National City to expand free food distribution to low-income families affected by the virus, with St. Anthony of Padua Parish serving as a distribution point.

The food came from the San Diego Food Bank or Feeding San Diego, which delivered the goods in pallets to Cathedral Catholic High School. Once a week, teams from the parishes arrived to pick up their allocation to take back to their churches.

But when the high school could no longer spare the space, the agency responded by renting a warehouse in Carlsbad to receive the donated food there.

At one point, the agency wanted to lessen the burden on the volunteer drivers. So, it bought two used trucks to deliver the food to the parishes in San Diego and Imperial counties.