“I ask every parish community and every believer to see the call to save the earth as God speaking directly to us in the depths of our soul.”

That is how Bishop Robert McElroy introduced the diocese’s Creation Care Action Plan, a sweeping blueprint released in the fall of 2021 that calls for the region’s families, parishes and schools to take steps to care for creation.

It’s one of the projects of the diocese’s Creation Care Ministry, launched by Bishop McElroy five years ago in response to Pope Francis’ monumental encyclical “Laudato Si: On Care for Our Common Home.” The pope urged everyone across the world to work together to reverse environmental degradation, which takes its greatest toll on the world’s poorest.

In its most significant project, the diocese assists parishes and schools to install solar power systems to reduce greenhouse gas emissions. More than half of its 97 parishes have done so, an investment so far of nearly $30 million.

Paz Artaza-Regan, of the Catholic Climate Covenant in Washington, D.C., said that the San Diego Diocese has become “a leader on creation care” and, for many, is “the example of what their diocese could do.”

“We are thankful for (Cardinal-designate McElroy’s) personal leadership and for his moving his diocese to a path of sustainability,” she said.“I believe that his commitment to living and teaching ‘Laudato Si’ is one of the reasons the Holy Father chose to elevate him to the College of Cardinals.”

Until June of 2022, the diocese’s Creation Care Ministry was an all-volunteer effort led by a retired priest, Father Emmet Farrell.

The volunteers have devoted years to educating parish communities about environmental stewardship and encouraging them to start their own Creation Care Teams. “We’re trying to emphasize two things: study and action,” said Father Farrell. “We’ve been strong perhaps on the study, not so strong on the action.”

The team urged parishes and schools to develop projects that made sense for them. Some parishes have made environmentally friendly changes to their landscaping, while others have traded plastic and Styrofoam cups for biodegradable alternatives.

Several schools have planted sustainable gardens that not only serve as great learning laboratories for the students, but provide fruits and vegetables to the needy.

In early 2022, the team had been working with parishes, schools and families to plant sustainable trees, particularly in poorer areas with scarce vegetation.

At church, Father Farrell sometimes encountered critics who argued that the climate change issue is “all politics.” His response to them:

“It’s very spiritual. It’s your stewardship of what God has given you, and we’re contaminating it and wasting it, and that’s a sin.”

As of July 2022, the ministry has a paid director, part of the Office for Life, Peace and Justice. Only a handful of dioceses have a staff member to lead this work full-time.

Bishop McElroy is a leading voice about the urgent need to change the current culture to confront not only climate change but the health of society itself.

He was the keynote speaker at the conference, “Laudato Si’ and the U.S. Catholic Church,” held at Creighton University in June 2019. The event brought together faith and environmental leaders to find ways to integrate “Laudato Si” more deeply into the Church.

He spoke at a forum, “A New Alliance Between Science, Religion and Policy,” organized by the San Diego Diocese. Lay Catholic leaders, educators, priests and religious women attended the event in October 2019.

The bishop and the other speaker, renowned climate scientist Veerabhadran Ramanathan, noted that there were about 10 years left to change course before climate change reached a crisis level. Both said science and faith had to work together to avert further catastrophe.

Excerpt from Bishop McElroy’s speech “Laudato Si’ and the U.S. Catholic Church”:
“For us in the U.S. at this perilous moment in our history, the core themes of ‘Laudato Si’ are especially urgent. We stand, deeply estranged from one another, seething in divisions and unwilling to reconcile. We are the most powerful nation in the history of the earth, yet have rejected the only realistic pathways that have emerged to heal our broken planet. When Europeans came to the New World, they were often drawn by a vision of a New Paradise in which the raw beauty of the original creation was untouched. Now the earth calls out to us in agony, and we remain blind to the harm that we are inflicting more deeply with every passing year. ‘Laudato Si’ is a call to reforge the bonds of solidarity that have been at the core of every advance that we have made as a people.” 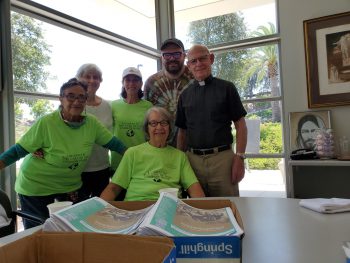 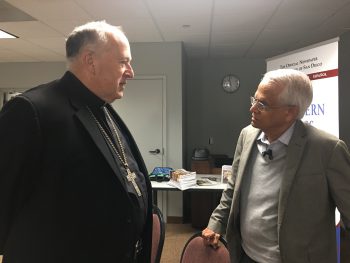 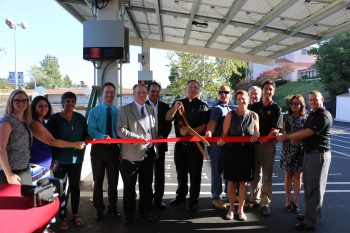 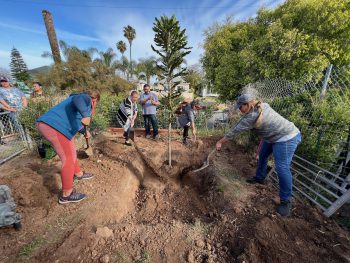